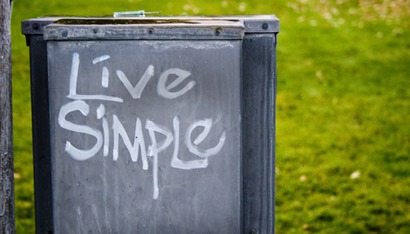 What was once called voluntary poverty is now referred to as voluntary simplicity because some people seem to have had problem with the word poverty.

When you decide to go that route on your own accord, to live a simpler, more or less, poverty lifestyle, it is a different kettle of fish to having it forced upon you by circumstances, some beyond your control.

We have looked at Voluntary Poverty before so now let us consider the Poverty Mindset with which we have, more or less, been programmed through various societal pressures and via the power elite.

The reality of this here and now of our existence in this world is that money, in one form or another, is an inherent part of the global interactive construct.

While many of us, if not indeed most, would love to live in a different kind of economic collective where money would not, necessarily, be the means of exchange fact is that currently most of us live in one where we have to use money for most of our transactions regardless of our beliefs and ideology surrounding this “energy”.

This “Poverty Mindset” is a mind control program that has cleverly created and disseminated by the wealthy elite who want us to believe in and operate from. The poverty mindset formula is simple: if we don’t have access to financial abundance, then we don’t have access to the resources we require to become more effective in this world. It is a program of suppression and oppression. Interestingly, it is also a program that requires resentment to fuel it.

In addition to that the mind control has gone so far that we see everyone who does not have the financial abundance as a failure and someone who is alone to blame for his misfortune.

Those elites and “our” politicians keep referring to money as “resources”? But money is not a resource. It is, at the very best, a piece of printed paper (or minted metal), at worst it is a bunch of numbers on a screen. The only thing that gives it any value whatsoever is our shared belief in its value. This means that money is actually a faith-based religion and the politicians and bankers its clerics. But are you and I ready to become non-believers?

Money only has the value that we give it. After all it is only a piece of metal, or worse still a piece of paper, with a number, a “value”, printed upon it. If we would so decide we could use anything as “money”, such as the bits of paper for the Monopoly board game, shells, copper discs of different sizes (in the latter case at least the metal does have a value in that it is something that is needed for the making of things), or bits of wood or simply figures written in a book.

What is “Poverty Mindset”?

It is the mindset that we are being programmed with, through societal pressure, into believing that only if we have a certain amount of money, a fancy car, a big house, and so on, that we are valuable to and in society. That those that have a lot of money and possessions are our betters and thus we should look up to them and, maybe, even obey them.

There is nothing wrong with having a lot of money and there is also nothing wrong with having not so much. However, people should not be pushed into poverty through high prices and low incomes, despite the fact that they work all the given hours, while others who work little or not at all “make” lots of money. That we should not accept. The worker is worthy of his hire, and in all honesty the people that many look down upon because they do the so-called menial and manual jobs are probably worthy of it more than the bankers and the chief executives of industry. Without the worker all the wheels would stand still.

But we are conditioned to believe in this exploitative capitalist system that those “at the top” are worthy of greater pay and remuneration than those “at the bottom” and that those who are in more or less poverty have only themselves to blame for not doing well at school so that they too could be in those “higher” positions. But what would happen if we all would be academics? Who would then maintain the parks, the forests? Who would collect the trash, keep our streets clean, care for the elderly and the sick?

It is the system that pushes people into poverty and it is also the system that keeps them there and the majority blames the poor for their condition and looks upon them as something of no value. Mind you, those of the middle class and the upper class also look down upon those of the working class as if they have little or no value. And in the poor the same mindset takes hold, of believing that they are not worthy, but also resentment of those that have more.

And all, including those that are poor not by their own choice, look down upon those that chose Voluntary Poverty; who chose a simple life and lifestyle, trying to do with little money only and few(er) possessions. Doing without a car, a television, foreign holidays, and so on. Few, even those that are poor, believe that people could be (so stupid, as many see it) to voluntarily life a life of poverty (aside from, maybe, some monks).

There should be no poverty, aside from the voluntary kind, in society, if our society is as it is meant to be, with equality. Everyone should be equally remunerated for the hours that they work regardless of what the work is that they do. But for that we would have to change the system, including and especially the “monetary system”.

When everyone's work is regarded the same and everyone is being remunerated in the same way for the hours worked in hours and not coin and when there is work for all then, and only then, the poverty mindset will no longer exist either.

What does it mean to be frugal?

There is more to frugality than penny-pinching. 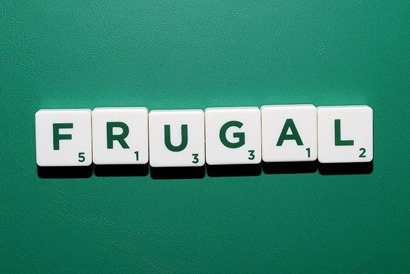 The dictionary defines frugality as "the quality of being economical with money or food," but there is far more to it than that. It is a word worth examining closely because it embodies values and principles through which we can improve our overall quality of life.

Most basically, frugality is about getting maximum bang for your money. It reflects a conscious effort to allocate your resources (that is to say money) in ways that offer the most value. A major part of getting value out of an investment is how well something does its job, and the cheapest item does not necessarily offer value if it generates more work, nor if it last only for a short while and then breaks.

Let us use, say, garbage bags as an example. If you purchase the cheapest bags, at 5 cents apiece ($5 for 100 bags), and they can only be filled halfway and occasionally split open, creating a huge mess on the kitchen floor there may greater value in the 20-cent bags ($20 for 100), which can be filled much further and are stronger, thus not having the mess on the kitchen floor.

There are more costs to the things you buy than just the initial dollars and cents. Using things costs time and energy, too. If you are saving money on something that is going to end up requiring additional time and energy to use, you need to make sure that the saved money is worth the extra time and energy.

Frugality means allocating resources toward things that matter to you; this can also be called “voting with your wallet.” The money you spend reflects values of many different kinds. In the example above, it it time and effort spent cleaning and taking out the trash that matter than saving 15 cents on each garbage bag and not just that, because if you need two or three bags to do the job of one it is also the resources and energy that goes into making those that you save. Other values could also be choosing plastic-free packaging, supporting a local food co-op, buying organic food, etc. Though, in general, frugality means making the pennies count and getting the best value for money and not just the cheapest product.

But frugality and being frugal is not just all about looking after our money when we buy things. It is also about making do, reusing and repurposing all the way up to upcycling, making things for your use from packaging waste, for instance, including glass jars, which are often the obvious choice for reuse. Alas, some people need reminding of that and the way our parents and especially their parents and theirs reused every jar they could and so many other things. Those jars were often the receptacles into which the other saves items for reuse where stored; buttons from worn out garments, reclaimed nails, screws, nuts and bolts, and so much more.

While with some of us frugality was put into the cradle many today have to learn it and cannot even see, for themselves, the reuse potential, say, of glass jars. As far as they are concerned those jars belong into the recycling bin and storage jars, for they have to match don't they, have to be purchased but then they have to be of recycled glass. The brainwashing has worked well. The brainwashing about recycling and buying recycled, that is.