Thursday, February 16, 2017 saw the 11th Garden Press Event at the Barbarian Two Exhibition Halls in the City of London. 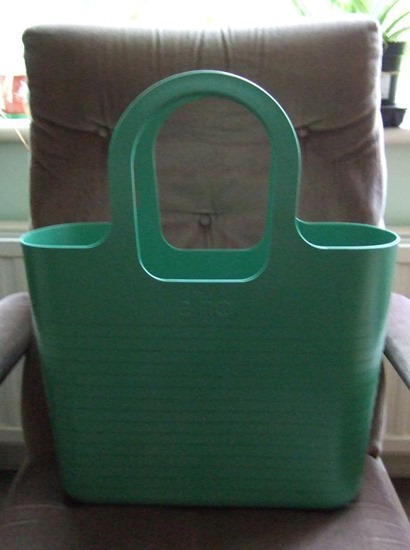 According to what I have heard the show attracted the registration of about 50% more journalists in the field compared to last year. This, to me at least, shows that the interest in all things gardening is still growing, and which also should me the interest in gardening in general, and that, hopefully keeps including grow your own, as in growing food. A good thing, surely.

Quite a few new interesting products were on show and here also and especially from old well-known companies, but there too were new ones present with new innovations.

Gardena: This German company was represented again, like last year, though with some new products as well. One of those that caught my eye and interest is their City Gardening range, especially here the Balcony Box, designed for the small urban garden, on the terrace or on the balcony. Many people in a urban setting do want to grow things – also by way of food, even if it is but a small amount – on their patios, terraces, balconies and in window boxes and the larger trowels, weeders, and what have you, are generally way too big to be used in such an environment. Thus the Balcony Box will definitely fill a gab in the market.

Wilkinson Sword has decided that green is the new black in that its carbon steel gardening tool have gone green, as in color green. This is as much an answer to the fact that people want a little color on their tools as well as an additional protection of the steel of the tools.

Kent & Stowe is including a children's gardening range to its gardening tools with proper forged tools suitable for little people, younger than the usual late elementary school age to which other children's gardening tools seem to be aimed, and those tools are, it would appear, to be of the same quality as their adult tools, with the same kind of proper wooden handles and stainless steel working bits. Those children's tools, especially here the trowel and the hand fork, will also lend themselves well for use by the urban gardener who uses containers and works in small spaces.

Elho was showing their latest additions to their range and a lot of nice things they are. As far as I am concerned the tote bag that was given out to journalists as gift should also become part of their range of products, in a number of different sizes. A slightly smaller version (in szie) would make for a great tool carrier for the home gardener. The tote itself, in the size that it is, however, lends itself equally well for use in gardening – a different kind of trug, so to speak – as for going shopping, now that the plastic carrier bags have become more or less a no-no.

It was also interesting to meet Charles Dowding of the No Dig method of gardening and author of many books at the show where he was, among other things, promoting his latest book, the Vegetable Garden Diary (of which more in a review later) and the upcoming one, written together with his partner, Stephanie Hafferty, “No Dig Organic Home & Garden”, to be published in May 2017.

Burgon & Ball also has brought out a couple of new products to their range including the hib-trug which comes in two different sizes; one more for dead heading of flowers and the bigger version for harvesting clipping onto belt or into the waistband of the trousers allowing both hands to be kept free for working (review to follow).

In closing I would like to thank the organizers of the Garden Press Event for another great one and the members of the sales and PR teams of the various companies for their time and attention.