Who would have thought: Russia's FSB going back to using paper

Who would have thought this about paper in the modern electronic world. To avoid e-document theft, Russia turns to paper and type, even typewriters. 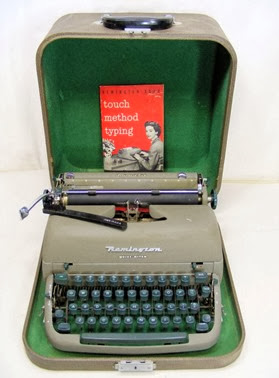 Many of us, lots of us in fact, use paper towels to clean up leaks – but you will hardly have ever heard about the way that paper is being used by the Russian Secret Service to prevent leaks of a much more serious nature.

It was revealed earlier in 2013 that Russia’s Federal Protective Service (FSO) had budgeted 486,000 rubles – just under $15,000 – for new electric typewriters, along with ribbons and other accessories. By using typewriters and paper for sensitive or classified communications, the FSO, which is charged with protecting important government personnel including Russia’s president and prime minister, hopes to prevent the kind of electronic document leaks related to the recent WikiLeaks scandal.

The UK’s Telegraph newspaper quoted Nikolai Kovalev, former director of Russia’s Federal Security Service, speaking to Russian newspaper Izvestiya: “From the point of view of security, any means of electronic communication is vulnerable. You can remove any information from a computer. There are means of defense, of course, but there’s no 100 percent guarantee they will work. So from the point of view of preserving secrets, the most primitive methods are preferable: a person’s hand and a pen, or a typewriter.”

In addition to being safe from electronic theft or distribution, paper documents written by typewriters are easier to trace to their source. Each individual typewriter has its’ own unique “signature,” due to minute differences in type patterns and mechanical operation. Computer printers just do not exhibit this type of identifiable signature even though there have been attempts to create some sort of signature for printers and photocopiers.

Many new media around the world commented on this and The New York Post ran the headline, “Russian government goes back in time; will use typewriters to leak-proof sensitive classified documents,” which unfortunately (and unfairly) implies that paper documentation is somehow a thing of the past.

The truth is, electronic document vulnerability is a very real concern. In addition to government intelligence records, proprietary or sensitive business records (including financial records, vendor lists, or client information) can be targeted for theft, as can personal correspondences via email or text. Identity fraud (through appropriation of personal information, such as a credit card number, that has been stored or transmitted electronically) affects thousands of people every day; in 2010, more than 8 million Americans reported being the victims of identity fraud according to a Congressional Research Service report to Congress.

Paper a typewriters are far from dead and a thing of the past. Fact is that typewriters and paper documentation are still necessary for many specific uses. Many US states have laws requiring that permanent records, such as death certificates, must be filled out by hand or typed. Funeral homes, government agencies, and even prisons still rely on typewriters to create physical copies (that is to say, paper, not virtual) of permanent records.

Typewriters are also becoming increasingly popular among a demographic too young to remember a time before “key-stroking” had supplanted “typing” as a necessary skill and “old-school” typewriters didn’t even need electricity to run. It may be for that reason also that working old manual typewriters are fetching quite large sums on places such as e-bay and other auction sites.

I have only recently found that my old portable (it you feel like carrying around a case of several pounds) Remington Rand Quiet Riter from around 1953 that was bought for about $10 at a second-hand shop a couple of years ago can, in good condition, and mine certainly is, $100 or more. Well worth holding onto then alone for that reason.

Permanent, secure, and an elegant form of artistic expression, typed documents are still a necessary part of our world, even in this “digital age.” And, the way things are going, they might become much more a thing of the present again than we ever might have imagined and thus I am glad that I still have my old Remington Rand Quiet Riter. The only problem that remains is getting the ribbons for it.